49ers Rising Star Kendrick Bourne’s Path to Giving Back: Gridiron Hero on the Field and In The Community

Undrafted, Underrecruited, and underestimated― Kendrick Bourne is no stranger to facing adversity.

The San Francisco 49ers’ third-year wide receiver created his nonprofit, the Bourne Blessed Foundation, to raise awareness about autism, a developmental disorder that affects more than 3.5 million individuals― including two members of Bourne’s own family. 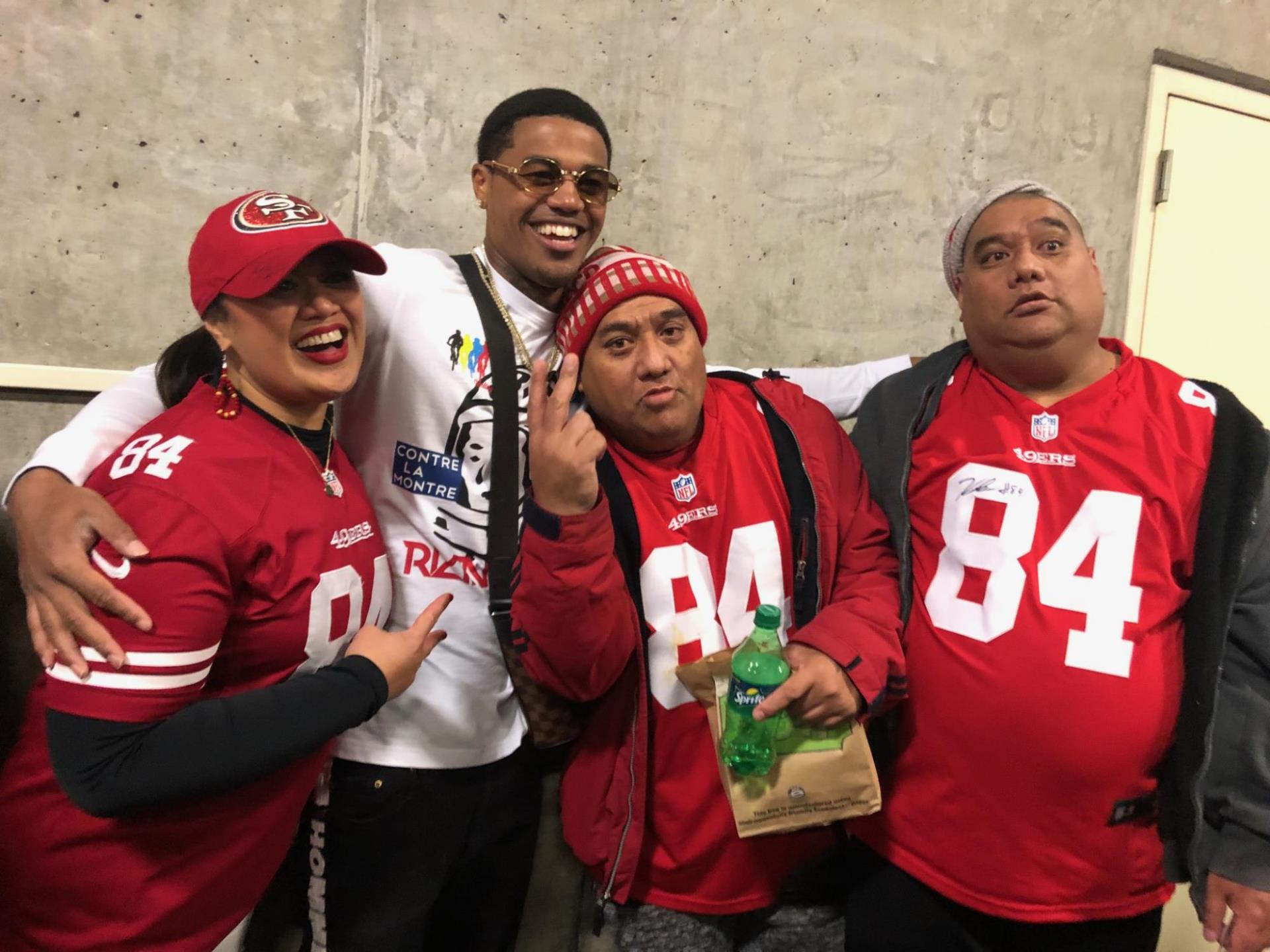 Luisa Turner (left) and Kendrick Bourne poses for a photo with Uncles Ronald and Michael.

“His uncles, my two brothers, were born with autism back on the island,” said Luisa Turner, mother of Kendrick Bourne, during last Saturday’s food giveaway at Emma Prusch Farm Park, one of San José’s premier Parks, Recreation and Neighborhood Services’ destinations.

“When we moved back to the States, there wasn’t a lot of information about autism so we grew up not really knowing what was wrong. That’s why we want to bring more awareness and education about it because there wasn’t enough information for our family.”

For a long time, the 49ers receiver has always felt the need to do more for those around him. Bourne’s path to the NFL began in the Pacific Northwest where his mother instilled the values of giving back to those in need.

“I teach my kids and my grandkids that sharing is caring,” Luisa said.

“Sharing what we’ve been blessed with, to bless others and to bring joy into the homes and lives of others. That is the focus.”

So when Chris Rogers, a former University of Alabama National Champion and CEO of the TAP  Foundation, called about giving back to the community, Bourne simply did what he does every Sunday.

He got the ball rolling.

“We started brainstorming ideas about what areas [in Santa Clara County] needed the most help. Which places were struggling the most, what they needed and when they needed it,” said Bourne during an online Zoom interview with David Ngô, a writer from the City of San José, Department of Parks, Recreation and Neighborhood Services.

“Especially with COVID-19, we really wanted to provide the right nutrition because many people don’t have access to food right now and money is tight. The main reason was to give healthy food to those in need.”

On top of living in food deserts and dealing with unemployment uncertainty, families in the City of San José are now challenged with putting food on the table.

And for a 49er who moved loved ones and family to the Valley of Heart’s Delight, who now calls Santa Clara County his new home― now was the time to give back. 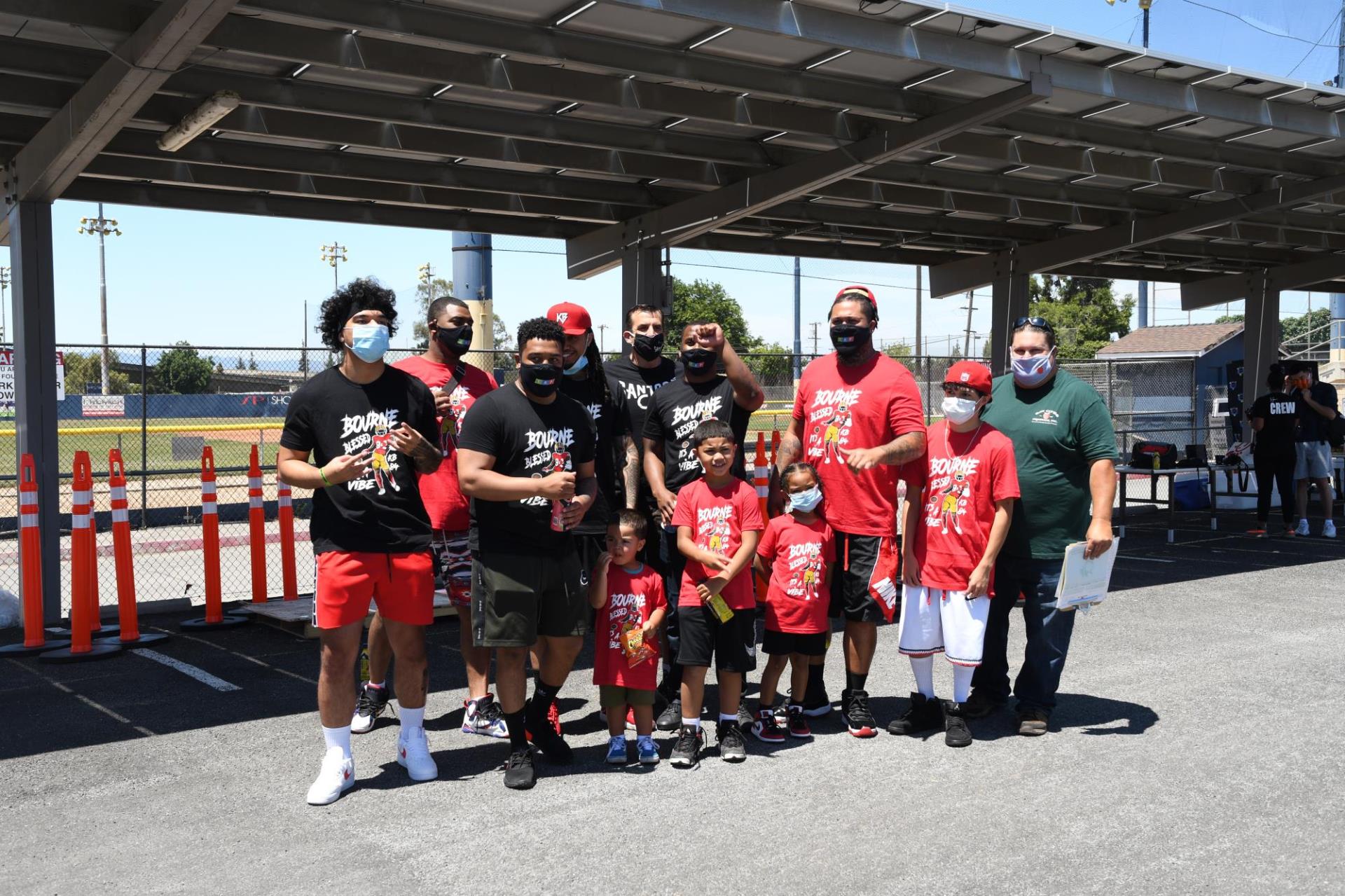 On June 20, the Bourne Blessed Foundation and the TAP Foundation brought over 100,000 pounds of fresh fruit and vegetables to East San José, one of the hardest hit area affected by COVID-19 in Santa Clara County.

With dozens of palettes of food shipped in by Bay Cities Produce and volunteers ready at the helm, families in need received three boxes of food each by passing through a drive-thru system that was put in place to allow for social distancing.

“Right now we’ve got thousands of families who are struggling without a paycheck and we’re doing all we can to support them with food distribution,” said Sam Liccardo, mayor of Silicon Valley’s largest city and one of many volunteers who helped pack food into the trunks of residents last Saturday. 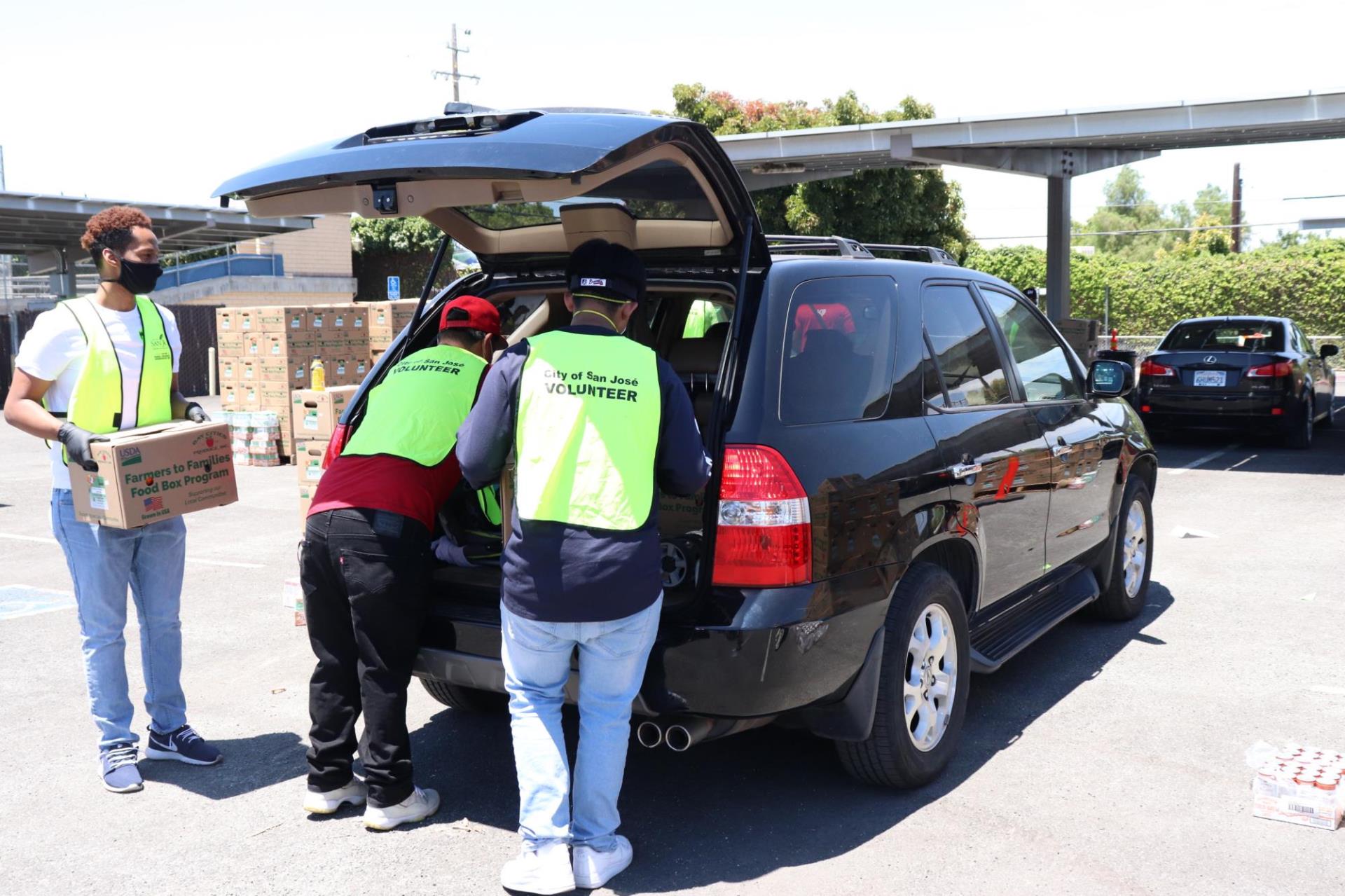 “We’re up to 2.8 million meals a week and it’s all happening because we have amazing partners. Today we’ve got the Bourne Blessed Foundation and the 49ers Foundation contributing to make this food giveaway possible, that’s what's making all of this happen.”

Growing up in Portland, Bourne is far too familiar about the realities of living in the inner city. Saturday's food giveaway took place in an area of San José home to essential workers who do not have the luxury of working from home.

Despite making up a small portion of Santa Clara County’s population of 1.93 million residents, a third of the county’s first 100 COVID-19 related cases occurred in four zip codes located in East San José, according to Leonardo Castaneda and David DeBolt of The Mercury News.

With the challenges of facing a pandemic in Santa Clara County and the amplified impact of living in food deserts, the Bourne Blessed Foundation came to the East Side with a heavy heart.

“When I get donations it's all going back to the community,” Bourne admitted.

“Helping kids gain more opportunities to make it to college because when I was in high school, it was hard for me,”

The City of San José Department of Parks, Recreation and Neighborhood Services (PRNS) has one of the most diverse service models of any agency of its type. The recreation, social services and outdoor spaces serve not only San Jose’s million plus residents, but individuals from surrounding cities and communities as well.