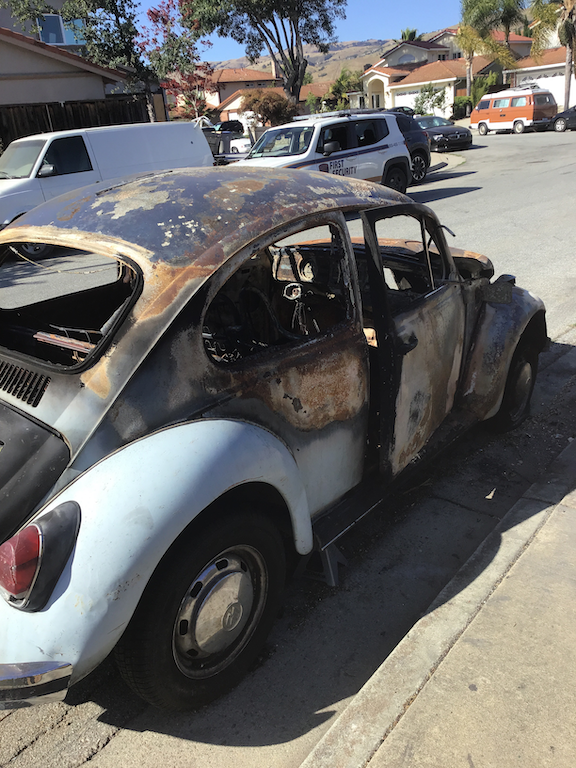 A few weeks ago, DOT announced that parking compliance, which had been suspended due to COVID, would partially resume with a focus on removing non-operational vehicles from City streets. We clarified that our Parking and Traffic Control Officers (PTCOs) would not be acting on vehicle abatement requests made online or through the San José 311 app. Rather, PTCOs would be patrolling every street in the city proactively, looking for clearly non-operational vehicles to notice and eventually tow.

That approach has been very successful so far. In four weeks, our officers have warned and removed 27 clearly non-operational vehicles from San José streets. Approximately 70% of the vehicles towed were not reported, but were identified solely as a result of PTCOs patrolling every city street.

Now, with the proactive-patrol approach showing early signs of success, we will expand our limited parking compliance activities, following the same model, beginning July 8. In addition to proactively patrolling the City removing non-operational vehicles parked on city streets, PTCOs will begin identifying, warning and potentially removing vehicles that are considered a possible health and safety concern or are contributing to extreme blight. Other vehicle abatement services will remain suspended and PTCOs will not be able to respond to requests submitted online or through the San José 311 mobile app. PTCOs are also not able to tow vehicles that appear to be lived in.

A better way to clean the streets

This proactive approach stands in contrast to our typical Vehicle Abatement operations which result in a low tow rate for vehicles reported as abandoned. In the 2018-19 fiscal year, approximately 7% of the more than 60,000 abandoned vehicle requests resulted in a tow. “State law really limits us when it comes to vehicles that are considered non-operational or abandoned and eligible to be towed,” says DOT Deputy Director Lily Lim-Tsao. “When addressing vehicles that have been parked longer than 72 hours but do not qualify as non-operational or abandoned, we need to be very careful to document a full three days have passed without movement. Most of the time, the car is moved before we are legally allowed to tow it or have the ability to follow up.” By focusing on clearly non-operational vehicles, and relying on PTCOs’ own observed violations, we are making better use of staff resources while removing more vehicles that pose a health, safety, or blight concern.

What does non-operational mean?

Vehicles are considered non-operational ONLY if they are:

What do we mean by “health and safety concern or contributing to extreme blight”?

Vehicles are considered a safety concern or contributing to extreme blight if they are:

PTCOs will also begin providing support to maintain safe access to and around construction sites. We will begin enforcing temporary tow-away zones in non-residential areas, also on Wednesday, July 8. Temporary tow-away zones are identified by large red and white temporary signs typically posted on barricades or attached to meter poles. The signs indicate the dates and times parking restrictions are active. To enforce these temporary restrictions, we may tow vehicles. Parking compliance activities are being phased in thoughtfully, addressing potential health and safety concerns while remaining sensitive to the community’s economic concerns as well as public health order protocols. Thank you for doing your part to keep our streets safe while we all adjust to this new normal!