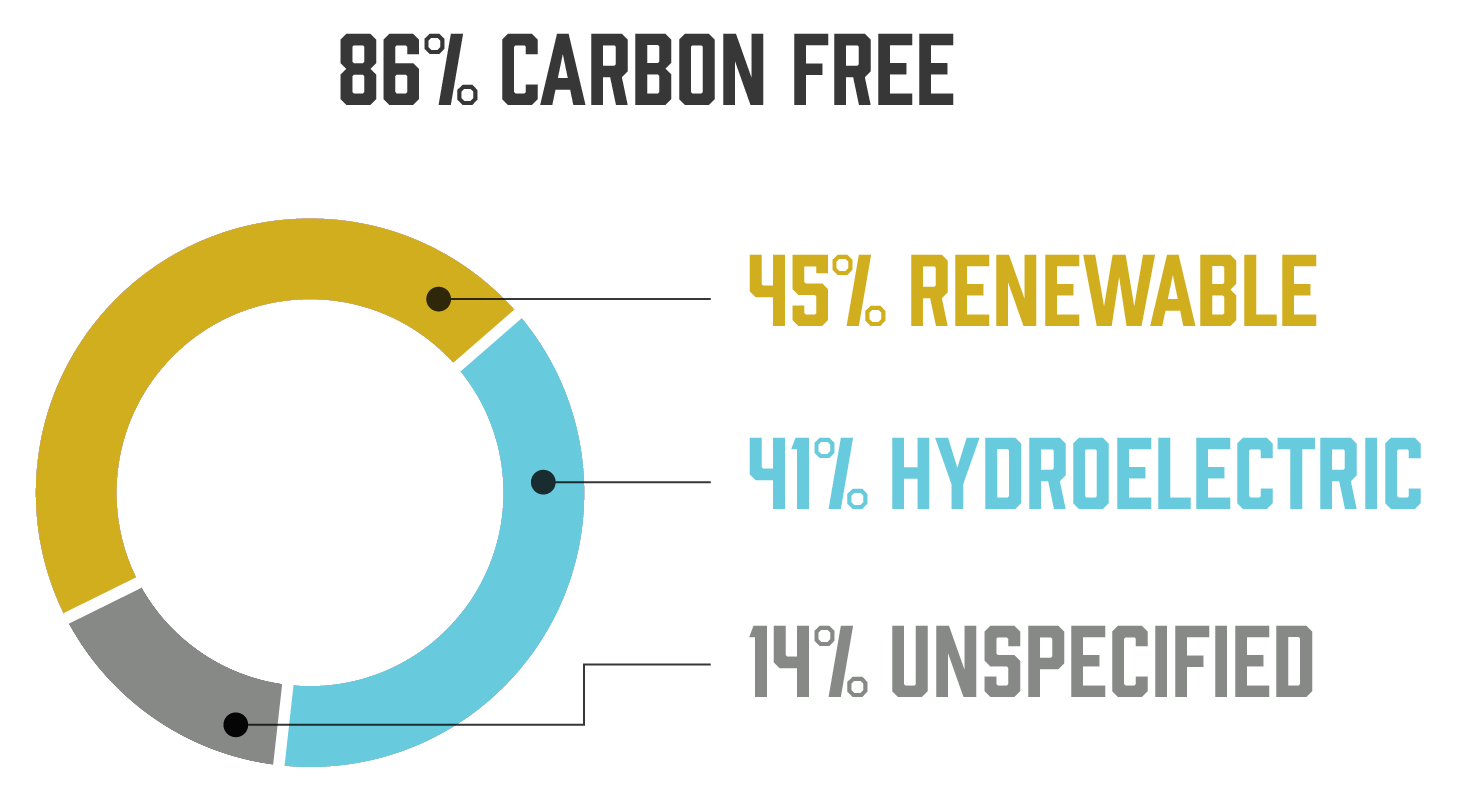 Despite a 6% increase in carbon-free energy compared to 2019, we will maintain our 1% rate discount relative to PG&E standard service. The rate discount takes into account PG&E added fees.

SJCE customers can also upgrade to 100% renewable energy by choosing our TotalGreen service. TotalGreen costs the average home about $5 extra per month. Join the 1,200+ San José residents and businesses by signing up today!

Renewable energy is produced from resources that are never depleted such as wind and solar. Renewable energy is carbon-free because it does not release greenhouse gases. This is in contrast to fossil fuels which emit large amounts of carbon dioxide, methane and other greenhouse gases when burned, polluting the environment and causing climate change.

Renewables are not only better for the environment, but are also becoming cheaper than traditional resources! Unlike fossil fuels, the price of renewable energy is stable in the long-term because there are no fuel costs. Coal and natural gas prices can cause surges in energy costs when fuel supplies become strained, so relying on abundant solar and wind energy helps us keep rates low and stable.

The benefits of renewable energy don’t stop with low, stable prices. It’s good for our health too! When fossil fuel energy is replaced with wind or solar, for example, the air we breathe and the water we drink gets cleaner.

When SJCE buys and builds green power, this has an added bonus of creating more clean energy jobs. Having control over our future energy supply allows the community to support projects that build a cleaner, greener economy.

SJCE is proud to support the city’s and state’s movement towards a more sustainable future for our families and future generations:

Learn more about the about San José Clean Energy by visiting SanJoseCleanEnergy.org, emailing info@sanjosecleanenergy.org, or calling 833-432-2454.