First opened in 1998, Camera 12 was a vital part of Downtown’s Paseo de San Antonio, generating after-hours traffic with first-run films and events. The theater complex was closed in 2016, and the site has been a subject of considerable interest and concern since then, as Downtown dealt with a shrinking retail base and experienced a slow-down in new construction.

“Our motto is Transforming Opportunity into Impact,” Hayden said as he addressed the “groundbreaking” audience in March. He stressed that the partnership was about leveraging good investments in a good real estate market, but more importantly, “We want to see activation here. We want to see coffee shops, dining, people buying flowers. We want to make improvements, block by block.” 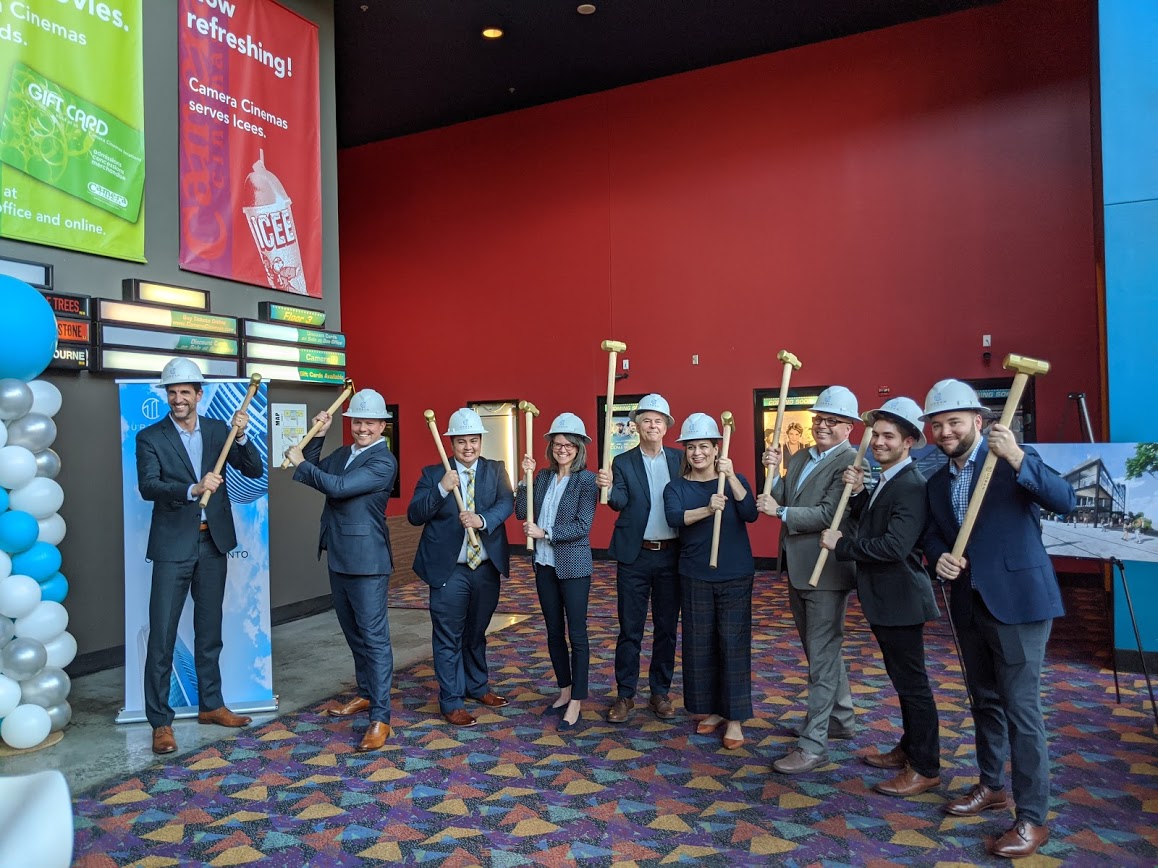 The improvements anticipated at the Camera 12 site include transforming the theater-style lobby into retail space and converting the theaters on the upper floors into office space. Symbolizing the demolition efforts that will soon start, the ceremony involved dignitaries donning safety helmets and wielding gilded sledgehammers, stopping short of actual demolition action.

Including 15,000 square feet of retail space on the ground floor and 73,000 square feet of offices, the Cinema 12 property, to be known as Paseo, is the first of seven projects Urban Catalyst is undertaking in Downtown. According to Hayden, the projects have a combined value of $700 million. When completed, the projects will make a significant change in the look and feel of the city's Downtown.