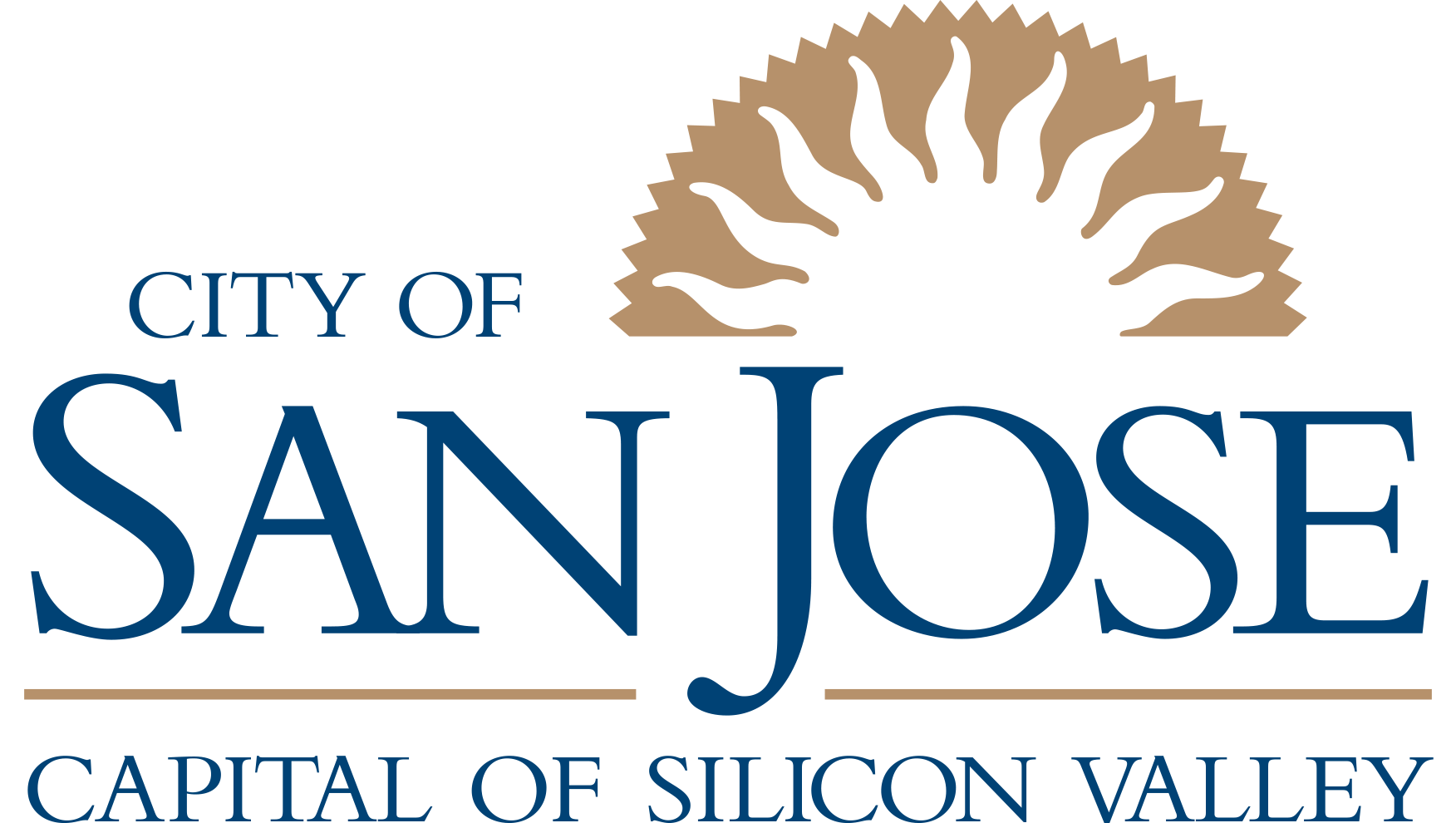 The City of San José’s sun graphic symbolizes warmth and friendliness, while the tagline “Capital of Silicon Valley,” refers to San José’s standing as the largest community within the world’s center of technology.

To ensure adequate clarity and visual impact, the logo should always be surrounded by at least the amount of clear space shown in the diagram below.The rectangular box around the logo indicates the area that should be kept clear of competing visual elements. In most cases, allowing more clear space than the diagram shows will enhance the presence of the logo.

Sometimes it will be necessary to increase or decrease the dimensions of the logo. To scale the logo properly without distorting the proportions, follow these directions:

Import, rather than cut and paste, the logo file into your software application. In Microsoft Word, the command is Insert/Picture/From File. In PageMaker, the command is File/Place. Once you have placed the logo, click on the image to select it, then you can enlarge or shrink the image while constraining the proportions.To do this hold down the shift key and drag a corner.

Misuse of the Logo

Correct use of the logo is important in communicating a consistent image. The City logo is not to be re-created, re-drawn or distorted in any way.

Use of the accent mark should be avoided with all-caps or small-caps treatments. For instance, City of San José includes the accent mark, but CITY OF SAN JOSE does not. Since the City sun logo uses small caps, the accent mark is not used in the logo.

To maintain consistency in City communications, use the accent mark whenever the name San José appears in lower case. The only exception is when it is part of the proper name of another organization or business, such as the San Jose Silicon Valley Chamber of Commerce which has chosen not to use the accent mark.