Enough is enough: It’s time to build a PG&E focused on serving Californians—NOT its investors.

That’s why in November 2019, Mayor Liccardo proposed a better way: transforming the investor-owned utility into one owned by its customers. By reforming the company in this way, we can align its financial interests with the public interest, and restore reliable, safe utility service for our residents and businesses.

Mayor Liccardo’s plan is gaining traction. To support his plan, the Mayor has formed a growing coalition of 204 mayors, county supervisors, councilmembers, and local officials—who represent the majority of Californians served by PG&E—to urge the company’s transformation.

Together, the officials sent the State’s utility-regulating agency a letter decrying the company’s decades of mismanagement and underinvestment that has led to significant public safety issues—including ongoing power outages and devastating fires—and asked them to explore the new proposed model. The leaders endorsed Mayor Liccardo’s proposal ahead of the CPUC’s review of potential reorganization plans for PG&E—which the regulatory body must approve before PG&E heads to bankruptcy court.

In May 2020, the steering committee for the coalition sent a letter to the CPUC urging the commissioners to reject PG&E’s reorganization plan based on serious concerns that the company could emerge from bankruptcy financially sound and capable of raising tens of billions of dollars for the vitally needed maintenance and system improvements required for the grid’s safety and reliability. Soon thereafter, members of the steering committee also submitted a letter calling for amendments to SB 350, which would pave the way for a non-profit corporation that would succeed the investor-owned PG&E. The letter requests three amendments to the legislation:

Read the officials' letter to the cpuc

Are you an elected leader in California whose community is served by PG&E, and want to join the coalition working to transform it?

We can’t build a better PG&E alone. Please sign up for important updates on a customer-owned PG&E and email us at Mackenzie.Mossing@sanjoseca.gov to set up a phone call with Mayor Liccardo and his team to learn how you can join the growing movement.

Learn more from Mayor Liccardo in his San Francisco Chronicle OpEd, where he explains a better way out of the PG&E bankruptcy.

A growing coalition of leaders representing more than

Explore the map below 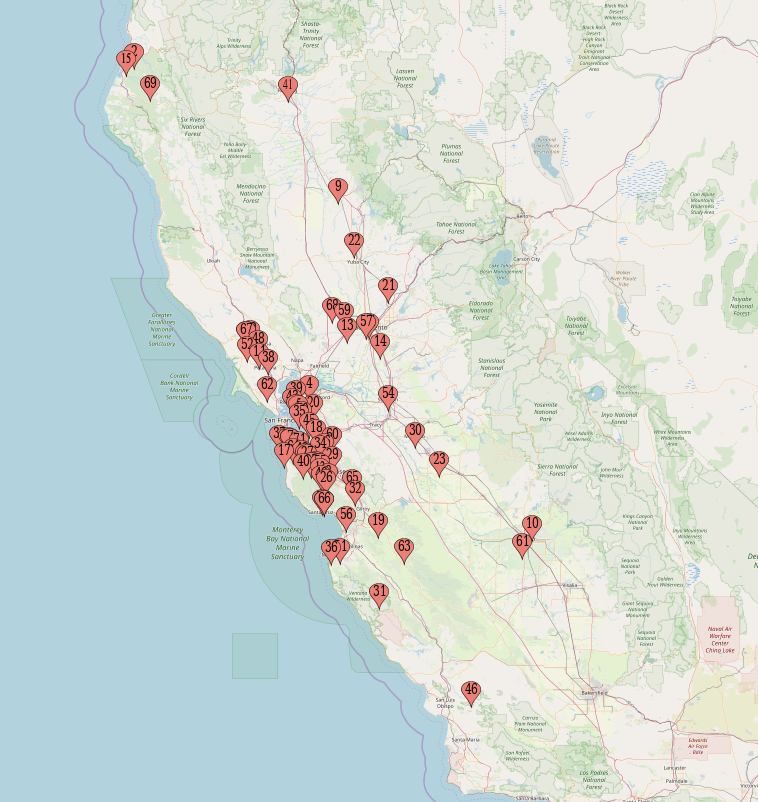 Note: This map only displays "pins" at the center of a collection of cities and counties with officials endorsing the effort. It does not reflect the total coverage of a particular city or county supporting Mayor Liccardo's effort.