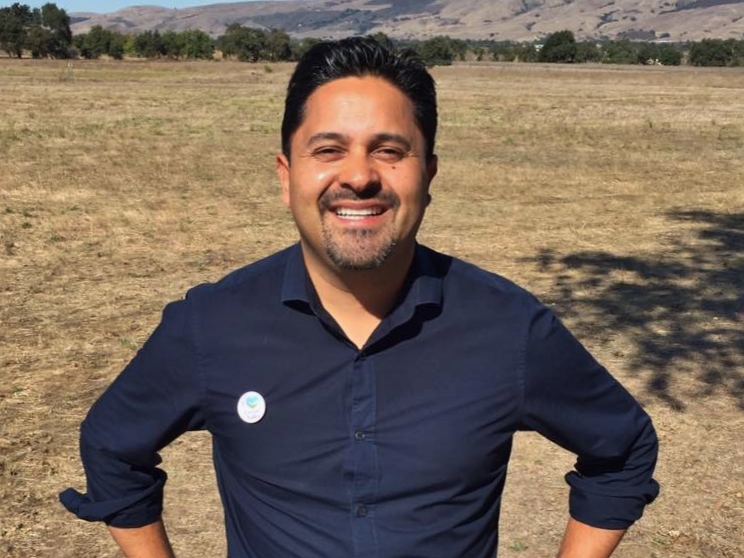 Councilmember Sergio Jimenez was first elected to the San José City Council in November 2016. Sergio was born in Mexico and came to the States when he was three years old. He is a 40-year resident of San José. His family, like many immigrants before him, came to this country in search of a better life. He earned his citizenship in 2008.

Sergio was raised in East San José by his single mother, who was his biggest inspiration. She instilled in him the values of hard work, resiliency, and a passion for helping others. Thanks to his mother's support, he was the first in his family to attend college and earned a Bachelor of Arts degree in Political Science from San José State University.

He and his wife met as undergrads at SJSU. Soon after starting a family, they moved to District 2, where they've lived ever since. They now own a home and have three children who attend local schools.

Sergio has been active in District 2 neighborhoods for many years, founding the Oak Grove Neighborhood Association and leading many efforts within the district. He helped start other neighborhood associations and organized forums related to important topics. Increasing community engagement and improving South San José has been a priority for Sergio before he even considered seeking office. He strives to give back to the city that has given him so much opportunity. In the families he encounters he sees his own; this has inspired him to do more for San José.

Prior to being elected, he worked in the justice system an Investigator for the Santa Clara County Public Defender’s Office. He spent many years working in communities throughout San José speaking to residents and witnessing first-hand the impacts of crime and violence in our community. He fought to ensure justice was provided for every resident of San José.

In 2010 he was appointed to the City of San José’s Parks & Recreation Commission where he served for over six years, two of which as Chair. He fought tirelessly to increase and preserve our green space and helped expand parkland in and around District 2 and San José.

In addition to his engagement in District 2, Sergio served on the board of Somos Mayfair, a non-profit in East San José that seeks to empower the Latino community. He also spent several years working with the Silicon Valley Chapter of the American Heart Association’s Multicultural Leadership Committee, striving to improve health outcomes in San José's diverse community.

He currently serves on the following local and regional Boards and Committees:

San José has afforded Sergio an opportunity to raise a family, earn an education, and build a career. He seeks to help ensure every resident of San José is afforded these same opportunities. The District 2 community has had strong voices in City Hall fighting for neighborhoods and families, but there is more to do. Sergio and his team prioritize being responsive, accessible, and present. He believes that together, we can make San José a better place for everyone to live, work and play.