Across America, the sources of both tap and bottled drinking water include rivers, lakes, streams, ponds, reservoirs, springs and wells. As water travels over the surface of the land or through the ground, it dissolves naturally occurring minerals and, in some cases, radioactive material, and can pick up substances resulting from the presence of animals or human activity. Contaminants that may be present in source water include:

To ensure that tap water is safe to drink, the EPA and SWRCB prescribe regulations that limit the amount of certain contaminants in water provided by public water systems. SWRCB regulations also establish limits for contaminants in bottled water that must provide the same protection for public health.

Some people may be more vulnerable to contaminants in drinking water than the general population. Immuno-compromised persons such as persons with cancer undergoing chemotherapy, persons who have undergone organ transplants, people with HIV and AIDS or other immune system disorders, some elderly, and infants can be particularly at risk from infections. These people should seek advice about drinking water from their healthcare providers. EPA and Centers for Disease Control guidelines on appropriate means to lessen the risk of infection by Cryptosporidium and other microbial contaminants are available from the Safe Drinking Water Hotline at 800-426-4791.

Drinking water, including bottled water, may reasonably be expected to contain at least small amounts of some contaminants. The presence of contaminants does not necessarily indicate that water poses a health risk. More information about contaminants and potential health effects can be obtained by calling the EPA’s Safe Drinking Water Hotline at 800-426-4791. 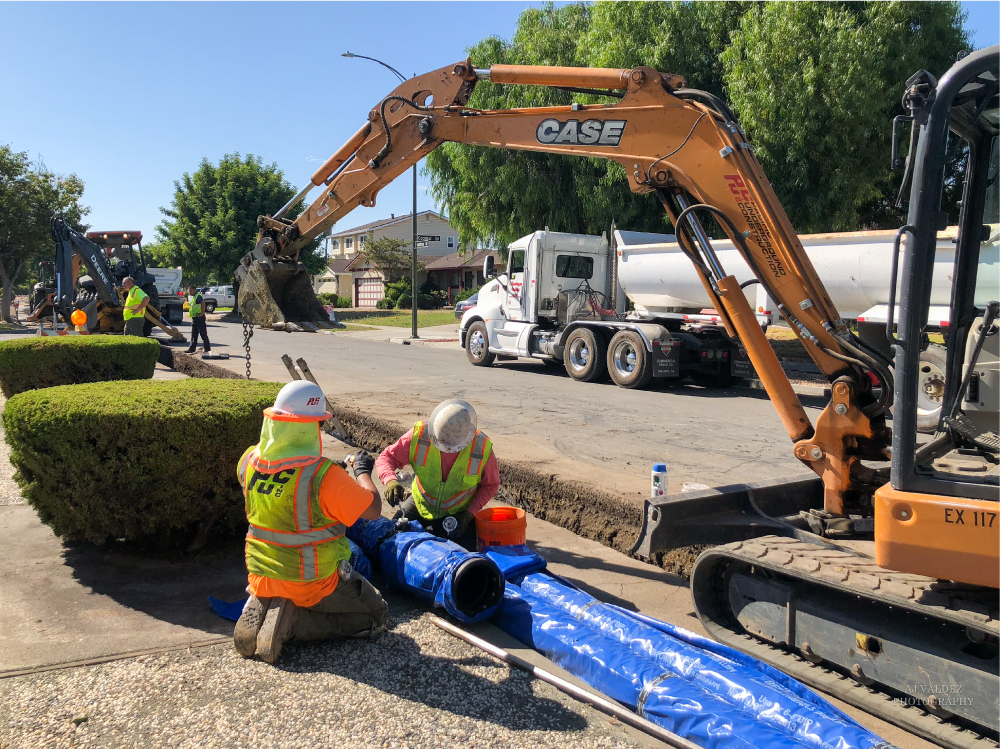 Pipeline replacement projects help ensure the safety and reliability of drinking water for our customers. (Photo by A.J. Valdez)